The all-new album by former Residents composer Bobuck. Based on the H. Fox story, “O-bay Scooplaws and the Summer of Love.” O-bay Scooplaws was one of the thousands of bands who pilgrimaged to San Francisco in 1967 with hopes of making it big. O-bay Scooplaws was one of the thousands of bands whose dreams were smashed like a Peter Townsend guitar. "We planned to leave for California at midnight hoping for lighter traffic and avoidance of the excruciating heat the Southern Route is so famous for. But it was nearing 2:30 and the truck still did not have the drum set loaded. There was a nervousness in the air. Our parents had seen us off hours ago, telling us to be careful, the usual things they say when they finally accept that they no longer have any say in what their children are going to do. I started out in the cab. We listened to the all-night radio stations as we crossed the country. My turn to be in the back came somewhere in Arizona. It didn't go so well for me as I found the isolation and the flapping tarp challenging my mental state. I tried to sleep as best I could. When we arrived in San Francisco we had no real plans other to be a part of what was happening and try to get gigs. The only place we knew about in San Francisco was the Jefferson Airplane house on Fulton Street across from Golden Gate Park. The band members all lived in this huge mansion. It was famous. So we went there. That sounds silly from today's standards, but in that time, it made perfect sense. We stammered trying to explain who we were and why we were there, even though we knew the only explanation was that we were lost children who had no place to go. But before we could say more, the man put a finger to his lips to quieten us and then motioned us into the house.We only stayed one night. Their manager found us a flat the next day. I bought a tape recorder and started learning how to use it by setting lyrics of some of my favorite songs from 1967 to new music. I saw it as a way of hearing these lyrics fresh again, of understanding deeper meanings in what was being said. Now it is fifty years later, 2017. Klanggalerie thought it was time to release my old recordings as a way of paying tribute to those golden times."

Nineteen-Sixty-Seven is a collection of bizarre and totally unrecognizable covers by this ex-member of The Residents. And boy is it one of the most unusual and strange cover albums you’ll ever have heard!…it is also highly creative, and at times darkly sinister and unsettling - which is really is the last thing you would expect from a covers album of songs from the year 1969 - the so called Summer Of Love. (...) The album opens with Lucy In The Sky With Diamonds, which must be one of the most familiar of The Beatles psychedelic hits, and of course it has been covered more than a few times over the years. His version begins by slurring and mudding the pace of the track, with dramatic and shadowy piano darts, spiral and unwell organ textures, and these really muffled and creepy vocals intoning the infamous lyrics. And just when you think you have the track pinned, he suddenly feeds in a bright dance beat, stretching synth texture, and a strutting guitar motive. Absolute bonkers, but absolute genius! (...) With Nineteen-Sixty-Seven Mr. Bobuck seems to almost completely step away from the big shadow of his former project, to create his own distinctive and unwell blend of sonic oddness. So dont see this as just another covers record, as it is way more creative and unsettling than that. As I said early he has gone and done it again….this will be appearing in my best of 2017, be certain of that!
(Musique Machine, September 2017) 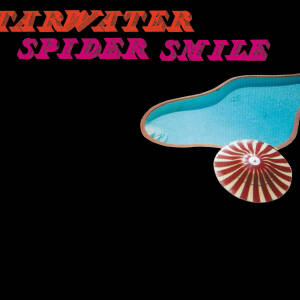 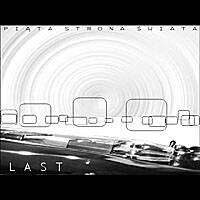 9,00 zł
N-Noiz - Brainstorming
Radiev - Die
Plum - Witness Of Your Fall
Blue Raincoat - Everything Is A Piece Of Something
Kurten, Pawłowski, Wirkus - s/t