Jonas Munk and Nicklas Sorensen team up for a genre-defying record that explores American minimalism, psychedelia, and electronic music - both vintage and contemporary. On a foundation of interlocking guitar and synthesizer patterns, the duo constructs lengthy pieces that are experimental yet welcoming in nature, precisely executed yet with room for soaring improvisation. Always Already Here pays homage to the masters of classical minimalism (Steve Reich, Terry Riley) and the pioneers of electronic music and kosmische (Brian Eno, Manuel Göttsching), still it doesn't sound derivative or retrospective. The type of hypnotic bliss Munk and Sorensen strive for is distinctly timeless. Always Already Here came to life during a handful of intense sessions in Munk's studio in Odense, Denmark. However, from a larger perspective the record seems to be a culmination of several years of collaborating. From 2010-2014 Munk recorded and produced three full-length albums for Sorensen's band Papir, and in the period 2015-2017 the two collaborated on Sorensen's two solo efforts "Solo" and "Solo 2". During the same period they have occasionally performed live as a duo, playing semi-improvised shows based around guitars and synthesizers. These live shows have assuredly influenced their collaborative work with an explorative, animated quality - which is especially apparent on the album's free flowing, zen-orientated B-side. 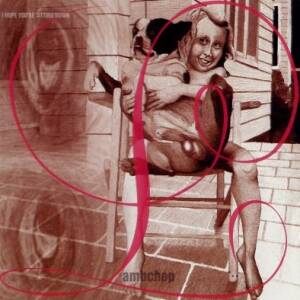